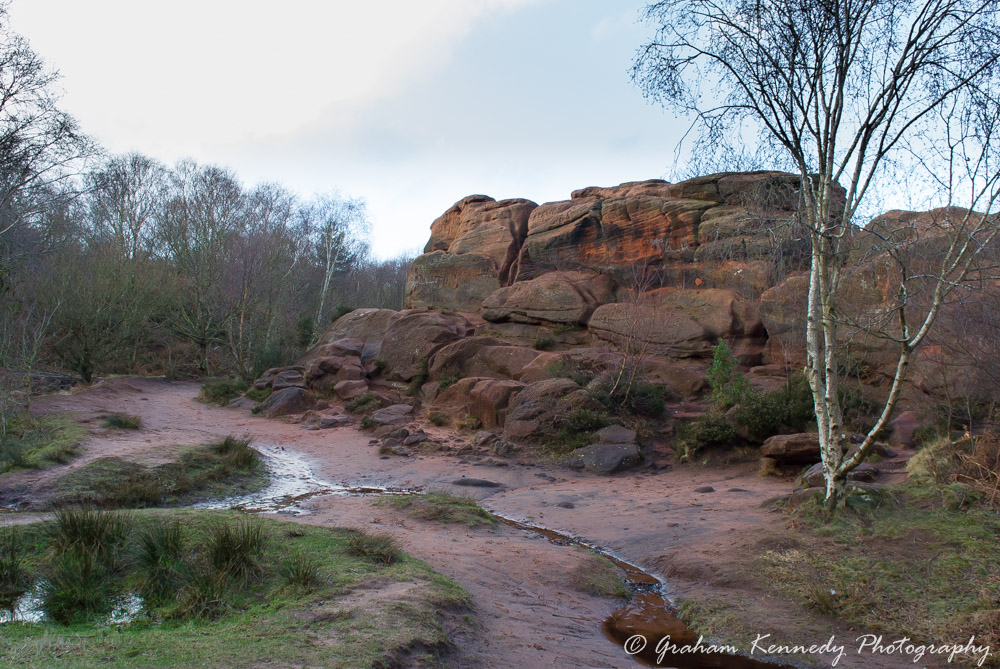 The isolated house-sized block of very red sandstone is known as Thor’s Stone. There are several theories to explain the origins of both the stone and name, some more romantic than others.
Some say the stone was raised by the Danes to commemorate the great battle of Brunanburh (Bromborough?) which took place in 937, others that Vikings made blood-sacrifices to their thunder-god on its summit, but, unfortunately, these are Victorian flights of fancy.

More realistic theories are that it was scoured by water flows under the ice sheet, or post-glacial erosion has removed the softer surrounding rocks.

The most likely explanation is that it is the remains of a quarry, perhaps even the site of the crane for loading blocks into horse-drawn carts.

Look carefully at the layers in the rock and you can make out the outline of 230 million year old desert sand dunes!